Table of Contents show
Introduction
The Story Of The "Gypsy King"
Tyson Fury's Diet
The "Dirty" On The Dirty Keto Diet
1. You’re consuming more processed food
2. Contains lots of unnecessary additives
3. You’re not getting enough micronutrients
4. With dirty keto, you prioritize weight loss over health
5. You’d lose your muscle and slow down your metabolism
Tyson Fury's Workout Routine
Why Was He Titled: "The Gypsy King" ?

Giving pride to your heritage wasn’t the only goal of Tyson Fury when he joined the world of boxing. But that’s exactly what he did when he bagged the championship belt for world heavyweight and lineal heavyweight divisions.

Let’s dive deep into the life of Fury, his workout routine and diet, that helped get him where he is today.

The Story Of The "Gypsy King"

Born in 1988 to Irish parents Amber and John Fury, Tyson Luke Fury was named after the undisputed heavyweight champion, Mike Tyson. But you would think that seemed like a very far-fetched idea as he was born premature and weighed just 1 pound. This can be considered as his first battle ever, as he was given really slim chances by his doctors and saw him to be very weak.

But Fury battled through months and months. His father, John, said, “There’s only one name fitting for him, he’s fought hard to become a person living in this world.”

Fast forward to 2015, in the fight against Vladimir Klitschko, who was then the heavyweight champion of the world and had reigned over that throne for almost a decade already— Fury brought his game to the ring. And he won.

As he reached the peak of the success, there was nowhere to go but down. His lifestyle shifted into a plethora of alcohol and drugs. He was demotivated and left the fight for about two years. He gained so much weight in this time period.

Luckily, he got back on his feet and returned to the ring after two and a half years. He is now arguably, the best heavyweight champion in the world. 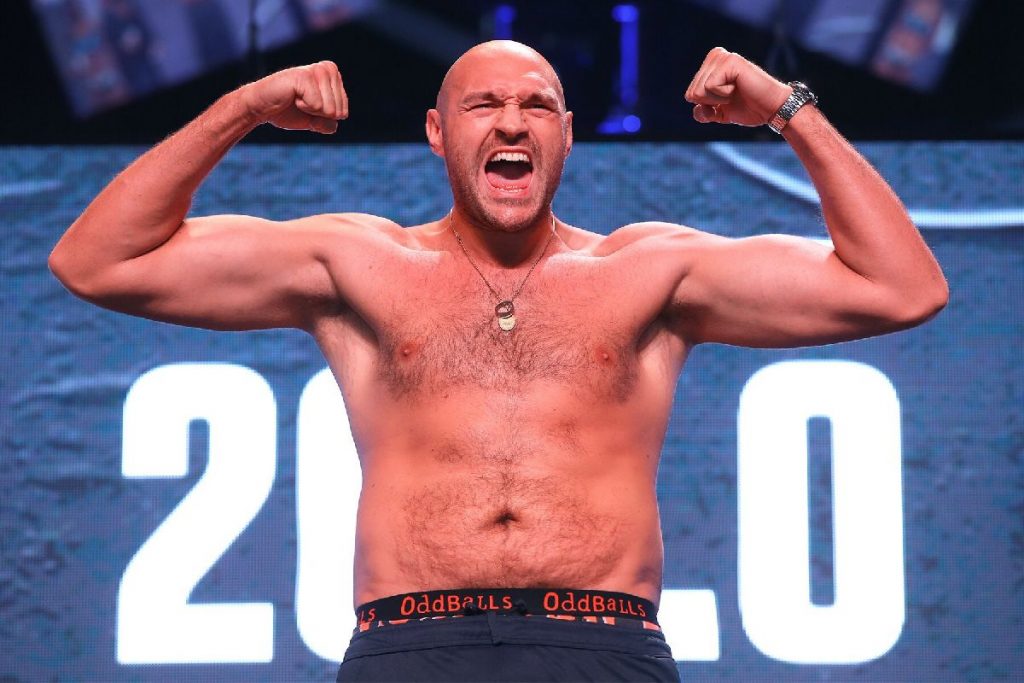 One of the most remarkable things that this athlete has accomplished, in my opinion, is his weight loss. In 2018, after a downward slide to bad vices, he quickly gained weight yet was still able to keep the level of fitness at bay.

Now, he was able to do that again and even showed that he still got it during his fight with Wilder, which has been dubbed to be one of the most awaited and viewed fights in heavyweight.

In the process of trying to lose weight, he was able to discover a type of diet that he enjoyed so much, called ‘dirty keto’. Anyone would love this diet as it consists of mainly all the fun foods: cheese, meat, mayonnaise, bacon, eggs, sausages— all things that are easy to love.

He was enjoying this diet so much that at one point he thought: “I was thinking this can’t be a diet, I’m not going to lose weight on this, but I lost the weight. I lost it all.”

In a nutshell, the dirty keto diet is low carb, high-fat, and full of protein. The idea of the keto diet is the food you consume will put your body in a state of ketosis that leads to weight loss and a drop in your insulin levels.

Your body will be burning all the fat reserves and consuming it as energy. This diet obviously worked for Fury as he lost more than 130 pounds or more with it.

With the help of his nutritionist, Greg Marriott, Fury was able to conquer weight loss twice. He would eat a lot of avocado and bacon, eggs, and rye bread.

Fury is set to try a lot of new and different things if that meant that he will be a better fighter than before.

The "Dirty" On The Dirty Keto Diet

Now, I know you just Googled dirty keto and you might be thinking about trying it. Who wouldn’t? It’s like a child’s dream.

While this worked so well with Fury, that may be just an exception. You have to keep in mind that he has a nutritionist who watched everything he consumed and built him up to be the fighter that he is. For an average person, this may do more harm than good.

Here are some of the reasons why you should avoid the dirty keto diet:

The reason why you may be attracted to this diet is that it’s a fast-food diet. You don’t have to spend hours on end prepping for it.

You can order a double cheeseburger without the buns. While this is compliant to keto, this contains high amounts of sodium that is associated with higher blood pressure and heart diseases.

In relation to consuming a lot of processed foods, keto diet entails that you will consume heaps and heaps of additives that lacks most of the micronutrients that you need.

Additives like MSG, transfat and others are linked to many heart and liver diseases, diabetes, and obesity.

3. You’re not getting enough micronutrients

Simply put, the food you eat on dirty keto simply lacks the vitamins and nutrients that you need.

When you choose processed foods over whole foods, you lose calcium, magnesium, zinc, vitamin C B D and folic acid. Although these can all be addressed through supplements, it is still best if you consume it through whole foods.

4. With dirty keto, you prioritize weight loss over health

One thing that you have to keep in mind that weight loss does not equal great health. With that understanding, the ideal is that you have a balanced diet of fruits, vegetables, carbohydrates, and protein.

Unprocessed foods will help you build your resistance and immunity. Dirty keto can actually strip you off of these and make you sick. While it can help you lose weight, you might want to consider that it’s just a quick fix.

5. You’d lose your muscle and slow down your metabolism

When a person regains weight after a dirty keto diet, they are more likely to regain fat than muscle. Consuming more fat than protein would be the main reason for this.

Fury has had his share of different coaches and trainers. Initially, he was working with his uncle Peter, but decided to split with him and teamed with trainer Ben Davidson.

With dirty keto as his diet, Davidson had Fury started on heavy weight lifting. The initial goal was to help the fighter shed off the pounds. As he was doing so, he slowly transitioned to lighter weights.

For speed and cardio, Fury did a lot of shadowboxing. Davidson also put him into a swimming routine in order to build his movement and speed.

Just recently, Fury teamed up with another trainer Kronk Gym’s SugarHill Steward, nephew of legendary trainer Emanuel ‘Manny’ Steward. This is the second time that he had worked with the Kronk team.

With them, he worked on his technique and did a lot of sparring with the locals. He kept the specifics of his training hidden and secret due to obvious reasons. He had, however, shared some snippets of his actual training in the mountains of Marbella, Spain.

Check out the video here:

In this video, you’d be seeing him doing some cardio, weightlifting, drills and a bit of sparring.

Why Was He Titled: "The Gypsy King" ?

Basically, this moniker came from his roots. Tyson Fury was of Irish descent both from his mother and father’s sides.

Gypsies are actually a nomadic group of people from Indo-Aryan ancestry, who migrated to Europe in the early times. They were very famous and known for two traits: their bravery and strength. This group was known to organize fights in order to determine who was the strongest.

The title “Gypsy King” was usually given to the winner of the fight.

Tyson Fury was said to be the perfect model of the gypsies. His charisma, power and commanding aura on the ring has propelled him to be the world’s heavyweight champion.

His willingness to change extremely in the name of strength and being the best of the best in boxing are the makings of a true Gypsy King.