Who Are The Best Swimmers In The World? Past & Present!

Some training days just seem impossible. Swim training, especially, is such a difficult task to get started on. The hassle of putting on a swimsuit and walking to the pool is sometimes just a bother; after all, some sports require just a pair of shoes.

When you fall in love with the sport, however, you find that, after a day or two of resting from swimming, an eagerness to get to the pool fills you up. When this happens, you are reminded of how strong swimming makes you feel, and how the water can bring you so much comfort and pain at the same time.

On days when you just can’t get yourself to put on your swim cap and go, I recommend you read some other athletes that struggled, not only to get to the Olympics but to even get to the pool. You might find that they’re just like you.

Who Are Some Of The Best Swimmers To Grace Our Earth? 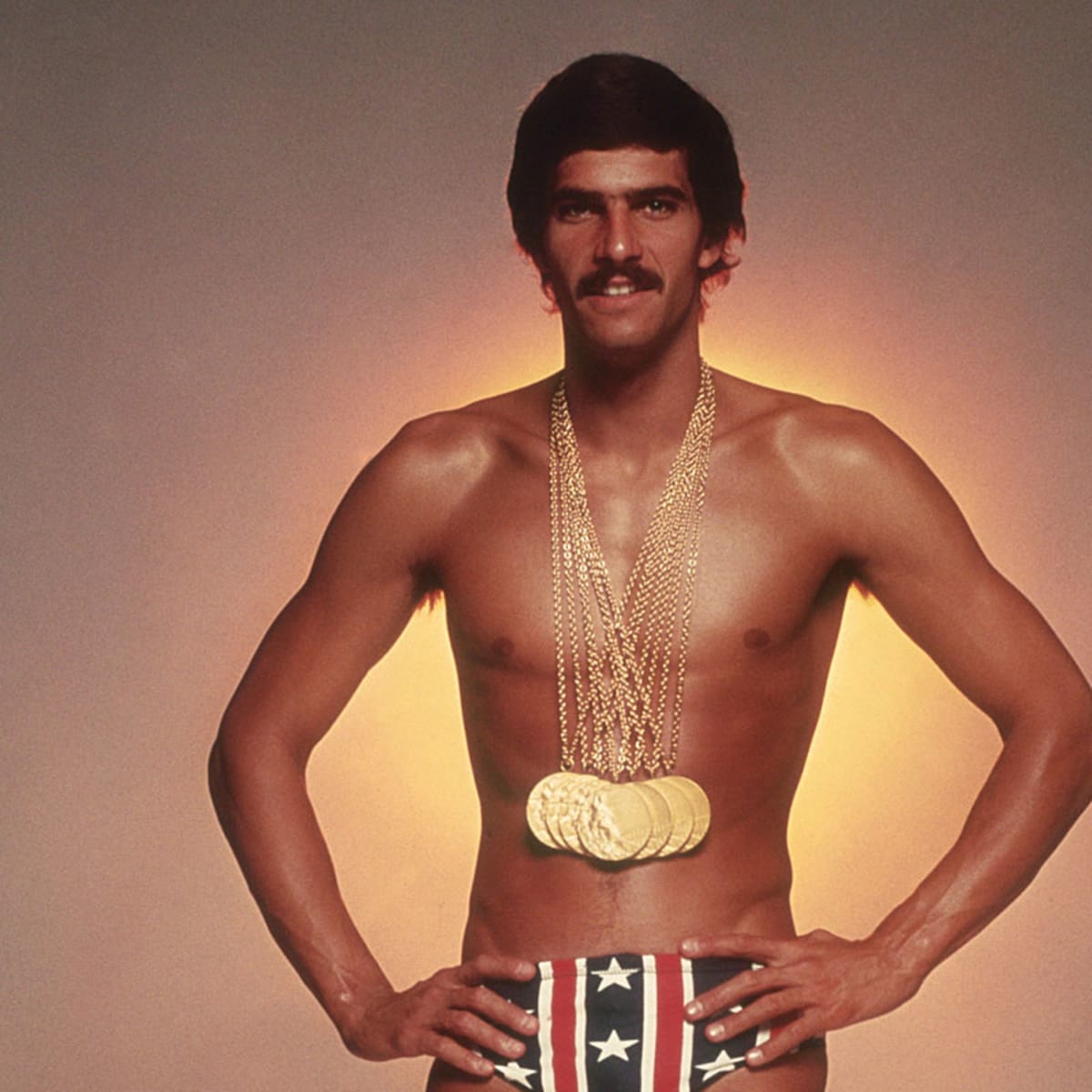 Topping the list is an undeniable legend, both in his swim times and in the Olympic gold medals he has bagged. American swimmer Mark Andrew Spitz has dedicated his life to improving himself, despite the failures he has encountered along the way.

His most notable achievement was an outstanding performance at the 1972 Olympic Games in Munich where he bagged seven gold medals, becoming the first athlete to do so in a single Games. His extraordinary talent in swimming, well-known by both other athletes and himself, didn’t come overnight.

At Indiana University, he served as the captain of the swimming team where he trained with swimming coach Doc Counsilman. Choosing Indiana and Counsilman was, according to him, the best decision he’s made.

His teammates nicknamed him “Mark The Shark”. His boldness was not only seen in the pool but by the way, he carries himself, especially during the Olympic Games in Mexico City. His prediction that he would win 6 gold medals was the talk of the Games, which made it even a bit more embarrassing when he won only 2 gold medals, a silver, and a bronze.

The Munich Games was a comeback, to say the least, for Mark the Shark. All seven events he entered were his gold medals. His 4 individual events had set world records in 100 and 200-meter freestyle and butterfly. His relays didn’t disappoint as well, setting world records. Mark Spitz was inducted into the U.S. Olympic Hall of Fame in 1983 as part of the first group to do so. 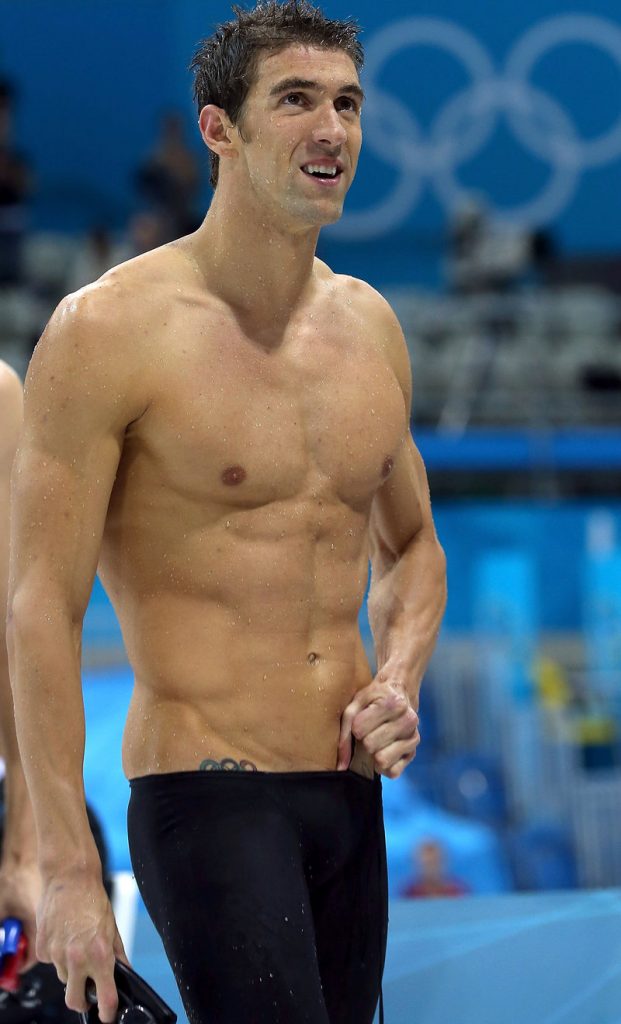 Mark the Shark was a legend, but Michael Phelps beat his world record 36 years later at the 2008 Olympic Games in Beijing, bagging 8 gold medals in a single year of Olympics. He wasn’t born a great swimmer in any way, though.

He gained an interest in swimming when his two older sisters joined a local swim team. You couldn’t tell at 7 years old that he would be an athlete with the most Olympic medals, though, as he was even a little scared to put his head underwater.

At the North Baltimore Aquatic Club, he trained with coach Bob Bowman, and upon seeing his talent and determination, they trained more intensely together, leading to his drafting to the U.S. National B Team.

Phelps set records from the getgo at different swimming championships such as the 2007 World Championships in Melbourne. At the 2000 Summer Olympics in Sydney, he became the youngest American male swimmer to compete at a Games.

He set the world record in the 200-meter butterfly in 2001. This made him the youngest male swimmer to ever set a world record.

The 2004 Summer Olympics in Athens went far beyond anyone’s expectations as he won 8 medals, 6 of which were gold. This was only the beginning, though, as by the 2008 Summer Olympics rolled around, he would have his 14th gold medal. 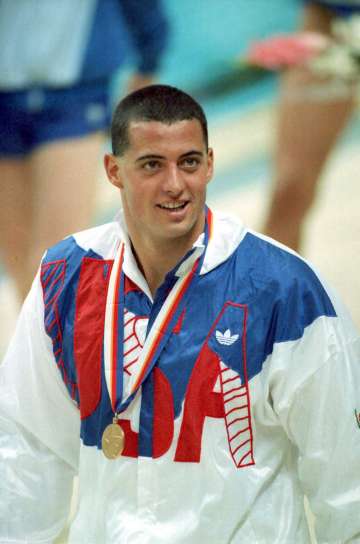 Sometimes, it’s the ones that do not show much talent in their youth that surprise you with gold medals in their adulthood.

Such was the case with Matt Biondi when, in his first race at five years old, he made two false starts and lost his swimsuit upon diving.

Not his finest moment, but not a defining moment, either.

Even as young as a highschooler, he has already set a national high school record in the 50-meter freestyle, giving him a ticket to the University of California, Berkeley.

An NCAA championship later, he bagged his first gold at the Los Angeles 1984 Olympic Games in the 4×100-meter freestyle relay. However, it was at the Seoul 1988 Olympic Games that his talents properly shined.

After a 200-meter freestyle bronze medal, he got silver in the 100-meter butterfly after being out-touched by one one-hundredth of a second.

The 1992 Olympics in Barcelona was also a great Games for Biondi, bagging 2 golds and a silver. He holds a total of 11 Olympic medals. 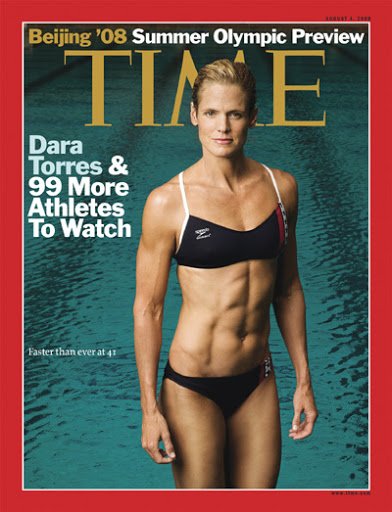 Dara Torres holds her place in the Hall of Fame, and for good reason. Her swimming career was one of the longest and most successful ones out there. Her love for the sport urged her to keep training until the age of 41.

Her restlessness started at a very young age as she tried to outdo her siblings. Soon enough, at age 12, she set a national age-group swim record. She went on to train with Tandem Swim Club under coach Terry Palma.

She made her comeback in the 2000 Games in Sydney at age 33 to win four medals. Most athletes would retire at this age, but Torres showed her passion for swimming when she showed up 8 years later for the Beijing 2008 Games. She is the oldest female swimmer to compete at a Games, and the first American to swim in five Olympic Games. 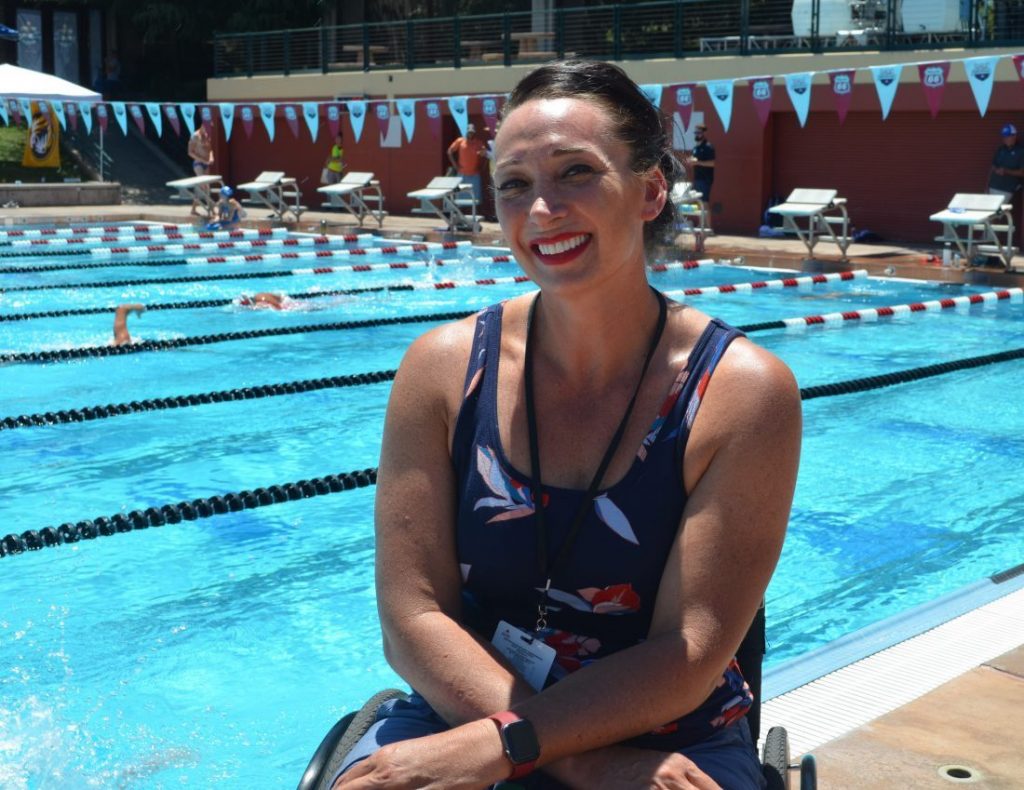 You’d think Olympians are the fittest people in the world, inheriting genes that made them perfect to compete right away. While this is the case for some legends, Amy Van Dyken was not one with perfect genes.

Using swimming as therapy for her asthma at age six, she slowly got better and better at swimming, only reaching the full length of the pool at age 12. Eventually, she fell in love with the sport.

The sport didn’t love her back at first, especially when she started to experience bullying in her own high school swim team. She would later prove these people wrong, though, as she became the star of the team, setting both school and state records.

To put salt in her bullies’ wounds, she was named the Colorado Swimmer of the Year. At the University of Arizona, she started winning silver medals at the 1992 U.S. Swimming Championships and placed in NCAA.

Her first Olympics at Atlanta in 1996 was a downer at first as she placed fourth in the 100-meter freestyle, but she came right back up as she won four Olympic gold medals. She wins two gold medals at the World Swimming Championships in Perth, Australia.

Unfortunately after, her shoulder injury caused her to take a break. After being told that she will never race again, she competed in the 2000 Olympic Games in Sydney, winning two gold medals in women’s relays.

She holds a total of 6 Olympic gold medals.

Great athletes come from entirely different backgrounds. Some were too afraid to put their heads underwater as children, and some weren’t expected to win any Olympic medals due to their illnesses.

Reading their life stories, you’d find that there is nothing required to become an Olympic medalist. Their achievements come from stories of determination, of competitiveness, of passion for their sport.

It just goes to show how anyone can become a legend in any field. Swimming long hours and training every single day is only the physical aspect of it all, although it is quite a difficult one. What seems to be more difficult is dragging yourself to the pool every single day to improve just a little bit.

Swimming is more than just burning calories. With Swimming, you’re increasing your cardiovascular endurance in turn helping your overall health which your body will thank you for. If you’re just getting started, check out my previous posts on the best swimming goggles and best swimming caps to get you started. If you’re looking for ways to measure your performance and see how you’re tracking along week-by-week then i definitely suggest you check out a smartwatch for swimming.

I hope reading the stories of swimming legends would help you put on your swim cap and dive in.